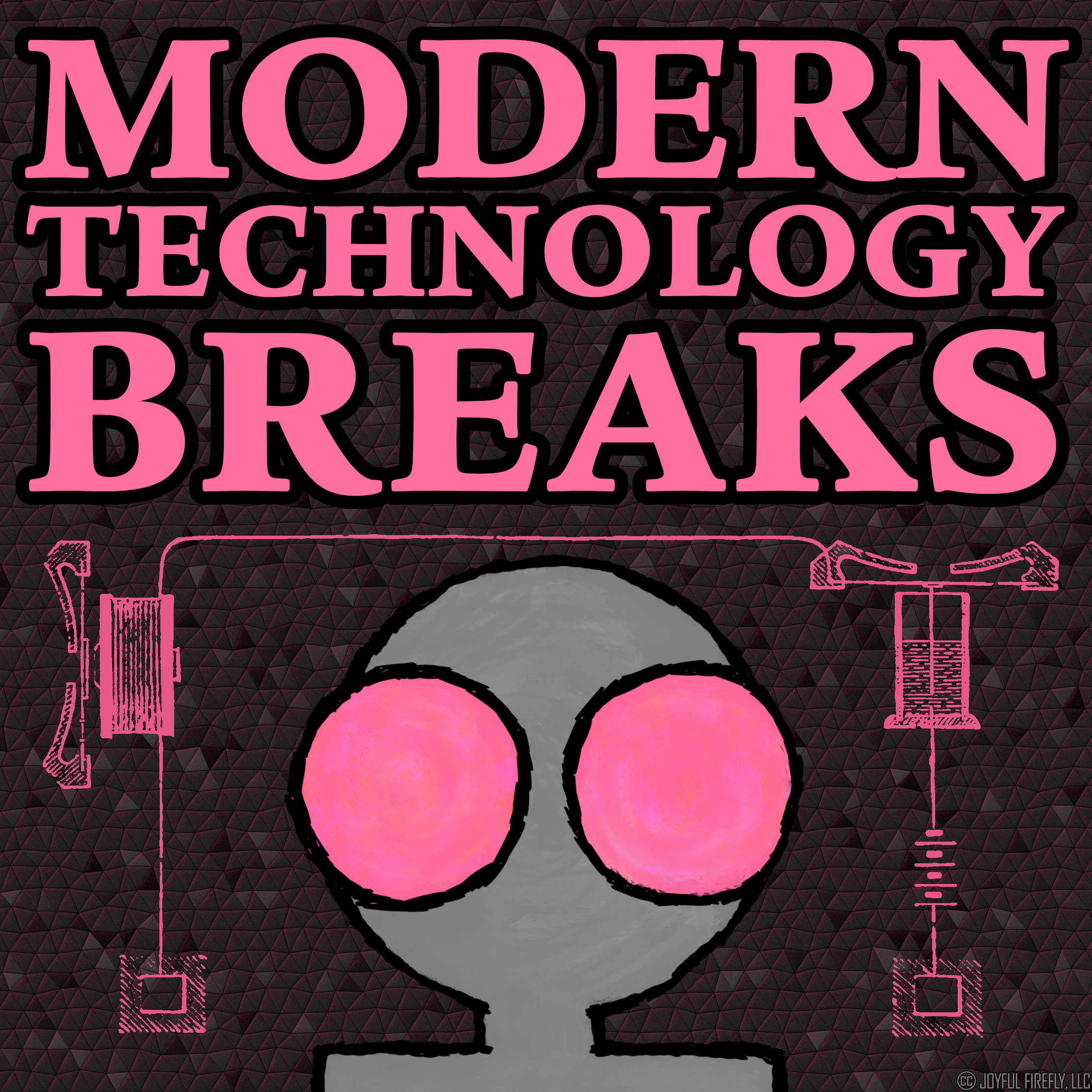 This is Episode 101 of Modern Technology Breaks, a combination scripted/improv surreal sketch-comedy podcast taking place behind the scenes at a mysterious podcast network run from a sub-basement studio in the bizarre end of New York City. Sketchy comedy, parodies of other podcasts, behind-the-scenes bickering, peeks into parallel worlds, and more all come together to make the Modern Technology Podcast Network what it is.

Join station owners Rob and Gila, their grumpily-affable engineer Breslau, and a growing stable of other characters and personalities as they all do their best to get through another episode.

Find more episodes of this program, info on the people who make it, text transcripts, our other work, and more at The Modern Technology Podcast Network.

Modern Technology Breaks is a production of Joyful Firefly, LLC and is released Creative Commons Attribution-ShareAlike 4.0. This official upload contains the production's lossless archival FLAC file from which the compressed MP3 podcast release was derived.

Music used in this episode comes from The Final Selection by Torley Wong, released Creative Commons Attribution-ShareAlike 3.0. More detailed info on which tracks are used when in this production can be found on this page.

Uploaded by The Modern Technology Podcast Network on October 30, 2020